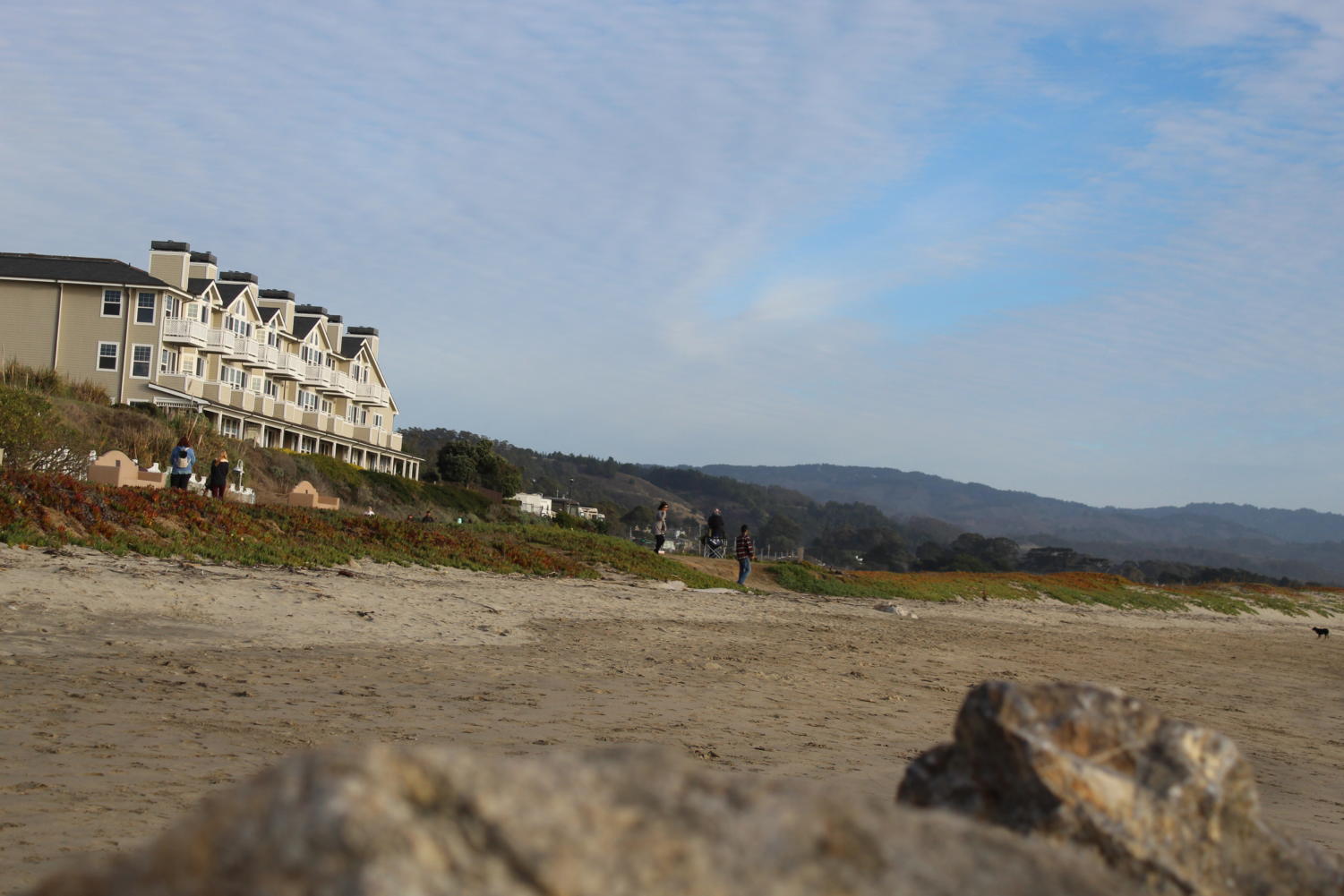 Many may not know about the struggles that plague some residents of the Half Moon Bay shores. (Katherine McKinney)

Many may not know about the struggles that plague some residents of the Half Moon Bay shores.

The struggles of living impoverished within the Bay Area

The Bay Area is one of the most diverse places in the entire world to live. It includes Silicon Valley and San Francisco, centers of technological innovation in the US, as well as Oakland, a large, industry-driven city that has existed for over a hundred years.

But there is a dark side to this niche of wealth and perfection. Like most places in the US, skyrocketing house prices, homelessness, hunger, and depressive poverty have always been present in the Bay Area.

Such poverty exists in Half Moon Bay, a seaside town on the outskirts of Silicon Valley which, according to the U.S. census, has a poverty rate of 4 percent.  The little town is a farmer’s paradise filled with many kinds of people, some of them having experienced incredible difficulties.

But sometimes, difficulties provide opportunities for a person to demonstrate their best qualities.

Abigail Lewis is one of these people.

Lewis, a girl born and raised in Half Moon Bay, has lived in poverty since birth. She is now 16 years old and attends a high school within the Cabrillo Unified School District. Lewis is no stranger to financial struggles, but she is not the stereotypical impoverished person.

According to an article written by KTVU, over 3,000 children are homeless in San Francisco as of August 2017, and many more grow up in an impoverished environment. Lewis is one of those children, but she is focused on more than her own problems.

“I think that it’s horrible that there are so many people, children especially, that are homeless. I can relate to them a lot and I keep them in my prayers,” Lewis said.

Lewis has never been homeless, but her family has used the aid of food stamps in the past. Food stamps allow people who make a maximum of $32,000 a year ($2,688 per month) to get food that they need to survive.

According to Newsweek, 42.6 million Americans were receiving SNAP (Supplemental Nutrition Assistance Program) benefits in the fiscal year of 2017. Many people are struggling to get by. Lewis and her family are simply some of those people. 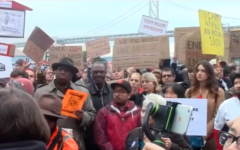 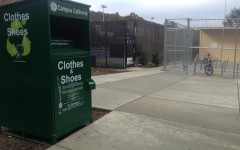 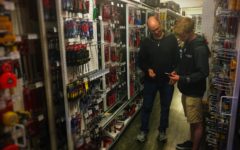 Students struggle for a work-life balance

It seems that even in the midst of Silicon Valley’s wealth, things are continuing to get worse for the poor.

The Silicon Valley housing bubble is pushing prices to levels that a person with a normal job cannot afford, and even normal jobs are becoming less and less available. This forces people who have minimal educations to take minimum wage jobs that do not allow them to have a tolerable standard of living. Minimum wage for a company like Walmart is rather low ($11 per hour). Minimum wage workers can only afford the worst kind of housing in our area. This is exactly the state that Lewis finds herself in.

Even worse, many in Silicon Valley do not even know this is a problem. Evan Davis is a local high schooler and a friend of Abigail’s. When he was asked what he would think if someone did not have enough money to take care of basic needs, he answered, “I would tell them to get a job at Burger King or another fast food place. There’s always a job sign at McDonald’s.”

Lewis, though, is still worried about other people in her neighborhood who are more affected by low income than she is.

“I go to an art school occasionally and at some point, there was this new girl that came in. She came there for a while but then one day she stopped showing up and no one could figure out why. I learned later that she stopped showing up because she couldn’t afford the fee to go there. The fee per year is about $25,” Lewis said. “It just goes to show that you never really know what is going on with someone.”

Lewis knows that some people, like the new girl at the art school, have it much worse than she does. Lewis also knows that coping with the pain that comes with being worse-off is hard.

“Some kids become bullies and others just become drug abusers, or so I’ve heard and experienced,” Lewis said.

According to the American Journal of Public Health, children from poor families are more likely to be bullied than other kids.

When Lewis was younger, she experienced bullying over what she wore to school. Her family could only afford for her to have a couple of outfits, so Lewis sometimes had to wear the same clothes several days in a row. “At some point at school, I got bullied because I wore the same couple outfits every day. They also weren’t name-brand, which was not very ‘cool’ at the time. I guess it still isn’t,” Lewis said.

This is another issue that most people do not get. Evan Davis had a short answer when asked what he thought about the possibility that a high school student could only have three outfits: “I would tell you that that’s really weird.”

Lewis recognizes that the bullies were acting out of their own unhappiness, even though she was the one who was hurt. She also understands the underlying difficulty that comes from constant unhappiness: the heavy burden of depression. According to an article written by the Washington University School of Medicine in St. Louis, poverty is linked to childhood depression. The symptoms of depression, a general feeling of sadness and a loss of interest, can appear quickly but can be hard to treat. This is even more true for those who cannot escape a desperate situation.

It is important to be nice to people. Treat others how you want to be treated.”

Depression has been around Lewis, and sometimes a part of her, as long as she can remember. Lewis accepts the emotional pain that occasionally comes, though, and she stays positive.

“Sometimes I’m depressed over it, and I think that is perfectly okay. I honestly don’t get why there is such a stigma behind being depressed over things like that. Sometimes I almost feel sick over it. But then I remember that whatever comes in my future will be greater than my situation right now,” Lewis said.

How can Lewis be positive and happy, staying focused on the pain of others instead of her own? Religion seems to be the key. From an article in Psychology Today, studies have shown that the more often a person goes to church, the happier she will report her life to be.

Lewis has gone to church every Sunday for her entire life, and she prays every morning and night. She has been heavily influenced by the idea that God has a plan for everyone, including her. She truly believes that her life will get better soon because that is the goal of God’s plan. Lewis can accept her current situation because of this faith.

“Sometimes I do [find hope within religion], but it’s kinda difficult to. I find that when I think about my life, I think about how mine is already planned out and that, in its own special way, gives me hope,” Lewis said.

Staying positive in the face of hardship is incredibly tough, and many would never guess what Lewis is going through every day. Evan Davis certainly did not.

“If someone told me they were having money problems, I would be pretty surprised. No one around me seems that poor. But then again, I wouldn’t know what it looked like so I wouldn’t really know,” Davis said.

He has known Abigail for two years.

Lewis knows that people like Evan do not understand how to interact with people like her. She has thought a lot about how to help others connect with those who are poor.

“The best thing is to just be kind. You don’t know their situation and you honestly don’t know what they’re going through and unless they tell you, you don’t know how much they are hurting,” Lewis said.

Lewis found an opportunity in her difficulties. Instead of being angry or self-centered, she has developed compassion, positivity, and kindness. Rather than thinking of her own pain, she has focused on the pain of others, even when they have hurt her. She is inspired by her religious belief in a plan that is bigger than she is. Lewis’s faith is strong, and her actions are an inspiration to the rest of us.